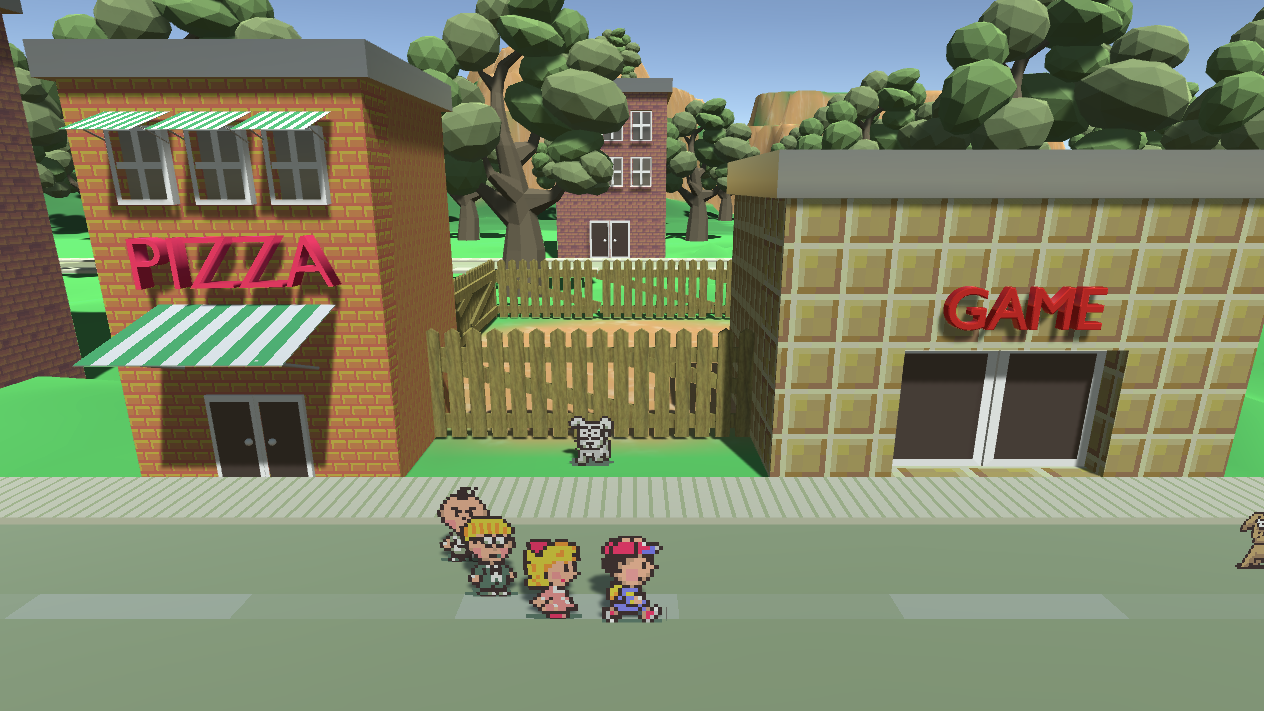 It is said that imitation is the sincerest form of flattery, and while there is a fine line between imitation and plagiarism, I believe that drawing inspiration from other pieces of work can improve what is created. This can be said about a variety of mediums, such as art, literature, film, or in the case of the article, video games. In one of our past articles, I discussed games being remade or rehashed into a new work, and I recommend taking a look if you are interested in how professional companies went about that. In this article however, I would like to focus on small teams of fans which are either remaking games, or creating a new game with the base material and lore provided by a respective game universe.

I touched on people having a favorite game in the article referenced above, and discussed how fans would often have to wait for the game to be remade to experience it with upgraded graphics and controls. However, some games aren’t as likely to be redone as others, especially those on older consoles with unique controls that would not translate well, such as Super Mario 64. While the game was immensely popular, it was released over 20 years ago without word of a remake, at least word of an official remake. Super Mario Fan, and coder Roystan Ross remade the first level of Super Mario 64 in Unity, and initially made it available for the public to enjoy for free, before it was blocked by Nintendo. While he is not planning to recreate the entirety of the game, fans of other games have been remaking games in Unity as well, such as Thomas Durgetto who is remaking Pokemon Platinum, which is normally a top down game, in 3d using Unity. Over the months he has been updating his channel as he rebuilds the game from scratch with a small team of 2. While the game is far from complete, he has gotten a lot of attention towards it so far.

Now while Unity is an easier platform to use, it is not always the best choice for remaking games. Some games have been remade on very difficult to use platforms, such as when ShenZhen Najing Technologies remade Final Fantasy VII on the “SUBOR” System. If you haven’t heard of the system, don’t be surprised, as it was a Famicom clone that never got much attention, but the impressive part was the fact that they took the PS1 3D game and managed to condense the story into an 8-bit system. Normally they would have been served a cease and desist order by the company, as many fan remakes are, however they were not and the game was completed back in 2005. A final example of an old game being remade would be for GoldenEye: Source, which is remaking GoldenEye 007 for the N64. While the game is not complete, 3 betas have come out and fans can already play through a large portion of the game.

Some new games pay homage to past games with a reference or a mechanic that is present, but some fans took it a step further than that. Some fans took a game universe, and recreated a game which could be compared to a legitimate game from their respective company. Take Sonic Robo Blast 2 for example, which was made by fans and resembles the classic Sega Genesis games. It has often been called the best sonic fangame, and is constantly updated by it’s developers to improve the game. Another example could also be the vast variety of Pokemon fangames that have been created. A lot of these games, such as Pokemon Uranium, introduce new Pokemon alongside the classics, and use the same classic mechanics from a normal Pokemon game. There are many of these Pokemon fangames though, so it is hard to cover them all, luckily some sites have compiled some of the most popular ones.

Other fangames have been created using an easily accessible platform, such as the fan games created using the Sony Dreams game. Sony Dreams allows users to make 3D games and share them with the world, all of varying quality as seen in some of the videos of it (such as those by PewDiePie, RTGame, or Dunkey).For those who are looking for free platforms to make fangames, there are many options such as Mari0, which takes the first Mario game and combines Portal elements, but also has a level creator function. With that fans can create specialized levels using the same elements as the original Mario game, all with added creativity.

I personally would love to replay some of my old favorite games such as Final Fantasy Tactics, but the quality of the game doesn’t match my current expectations. I know that some games are similar to it, but I would love to play an updated version of it, and though I haven’t found one yet, if a fan game came out based on it, I would likely play it. Not all fan games are good, but if they are created by true fans, they will often try hard to capture what made the game fun. I hope that reading the article convinced you to try out fangames if you haven’t, and I hope you find a game you enjoy!