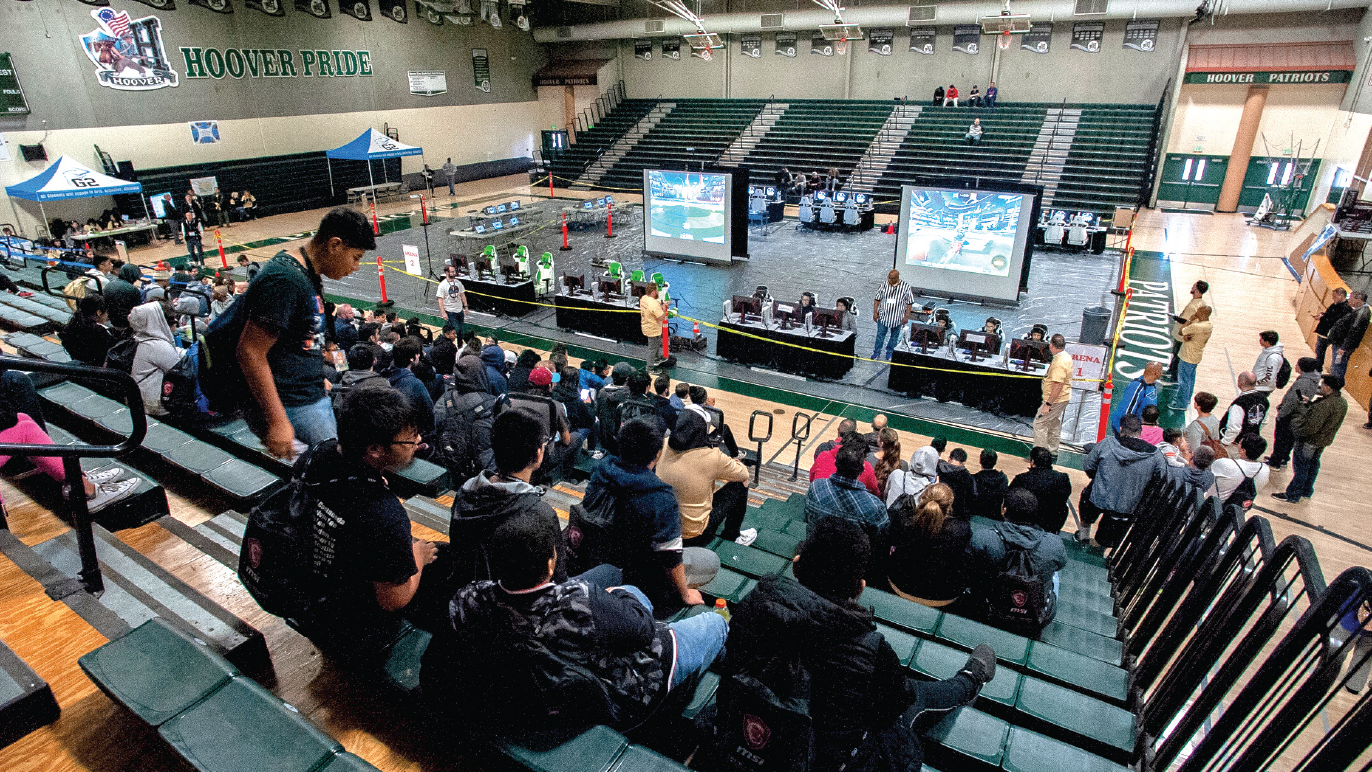 When I went to school, video games were very popular, though playing games in school was not allowed. If you brought a handheld system to school it could be confiscated, and if you were found playing games on a school computer you would get a firm warning to stop. When I went to college, this changed, with a number of clubs catering to the avid gamer. However, bigger changes are happening still as highschools have started training competitive video game teams to play in esport tournaments.

Esports became an international phenomenon in the late 2,000s, and is now a billion-dollar industry with nearly 500 million viewers worldwide. With the rise in popularity of the sport and recent studies that show the educational benefits of playing video games, many schools have adopted esports clubs. Placenta-Yorba Linda Unified School district for example has esports clubs at all 4 of their high schools, and was recognized by Orange County’s Department of Education as a club that provided fun competition and opportunities to learn about science, technology, engineering, and math.

By opening their doors to esports, many of these high schools are also encountering new opportunities for both themselves and their students. “Esports have opened many doors on our campus and in our district. Students who normally wouldn’t fit in or who didn’t feel like they had a place to go on campus … now have a group and an environment to call their own.” said Willis, a member of the Association of Placentia-Linda Educators. With the increased interest in Esports many students have been able to gain scholarships, including ones from the Dreamers & Doers Luminary scholarship through Disneyland.

There are some key benefits to playing esports in schools, but many may wonder how they would be able to help launch such programs. Luckily there are great support systems, such as the NASEF (North American Scholastic Esports Federation) and other leagues that can aid both students and teachers.In addition many game companies are happy to sponsor smaller tournaments and provide help even for larger ones, such as Battle.Net.

In addition to game companies, many schools can get involved in special leagues. Students from my university could participate in collegiate esport tournaments for games such as Hearthstone, League of Legends, and Overwatch. These tournaments would often be hosted through discord, and would help bring new friends together over shared interest in the games. I never won the Tespa tournaments I entered, but it did enjoy my time strategizing with my peers. The finals were streamed on Twitch, and watched by many fans. High schools also have options to reach out to groups such as the HESL (High School Esports League) to find even more opportunities to get involved in the sport.

Esports are able to promote teamwork, self-confidence, and competition for both highschool and college. Not only that, with more opportunities to gain sponsorships or careers in esports, many students who weren’t inclined to play video games may be interested now. And even if it may be embarrassing to be beaten by a player who is much younger than me, I would be happy to hear about more schools adopting these programs.