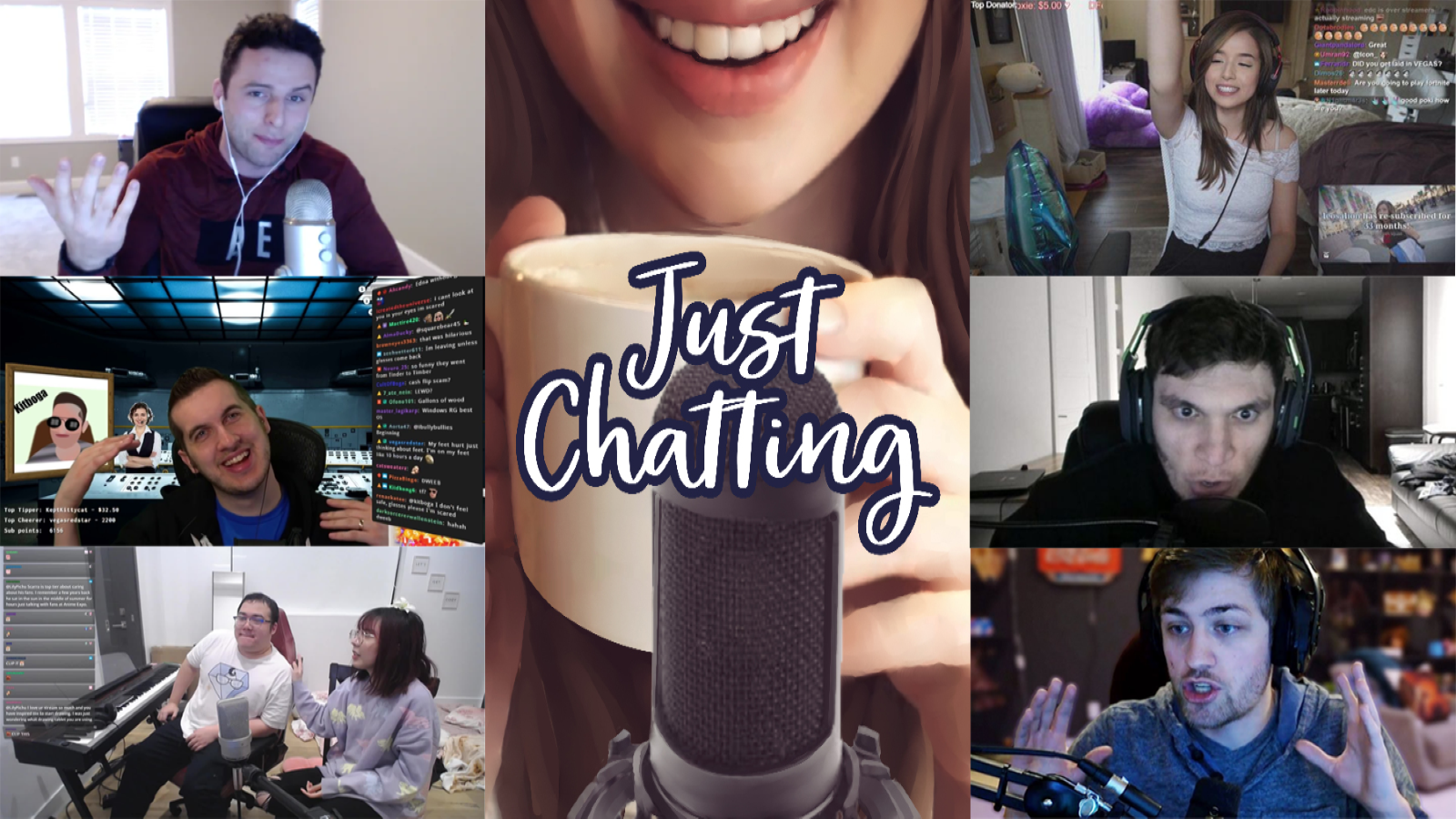 Just Chatting About Twitch, Just Not About Gaming

When most gamers hear “Twitch” they think of gaming, as the site is the biggest player in video game streaming. The site sees more than 15 million unique daily visitors and averages 3.3 million users broadcasting each month. Games such as League of Legends ends up having well over 100,000 live viewers at any given time, and peaked on Twitch last November with over 1.7 million live viewers at one time. There has been a shift in recent years as bigger IRL category streams have emerged, such as those under Just Chatting category. While Twitch markets predominantly to gamers, the category has grown, especially in the last couple months, and it is now strange to not see it as one of the top Twitch categories.

The Precursor to Twitch

Twitch wasn’t always a video game streaming site, in 2005 it was actually a startup under the name of justin.tv, The site didn't originally allow users to stream, and instead featured a 24/7 livestream akin to a reality show. When the site finally allowed users to stream online, it was often too complex for people to stream video games. Due to this issue, one of the first things the site did was hire a  video game streaming specialist who helped simplify this task. With time and new technology justin.tv became Twitch, and moved past their earlier issues. As the site continued to attract more users it became home to a vast variety of communities built around the streamers and games that they play and now dominates video game streaming.

While Twitch.tv is mainly used as a video game streaming site, it’s worth noticing that the Just Chatting category has recently been in the number 2 spot. Last December, Just Chatting took the top spot on Twitch for the first time. This category focuses on conversational streams or doing interesting activities, and often featured a lot of streamers taking breaks between games. Unlike most gaming categories though, there is a lot of variety in the within Just Chatting alone. Since the category’s launch in 2018, Just Chatting streamers have entertained viewers with their reactions to funny videos, by providing advice to their audience, or cooking meals decided by the viewers. Steamer Kitboga entertains his viewers by trolling tech support scammers as a variety of personas, such as 81-year-old Edna. Djari embraces her love of video games by often painting her body as characters from World of Warcraft, such as Sylvanas Windrunner. Both of these streamers have over 300,000 followers and are only a glimpse of how varied Just Chatting channels are.

With so much variety in Just Chatting, there is luckily a bit of order when one looks at Twitch’s IRL Categories. Viewers are able to participate in the Talk Show category, listen to ASMR streamers, or watch creators fiddling with gadgets in the Marker’s & Crafting category. Certain categories have recently gained popularity with the U.S. election coming up, such as the Politics category. President Trump and potential competitor Bernie Sanders have both made accounts on Twitch (which each have over 100,000 followers) and livestream most of their rallys. Of course popularity the popularity spikes when a big rally is being broadcasted, and otherwise has under 200 viewers.

Whether you’re on Twitch to support your party in the election or your favorite streamer playing support in League, there are many options. The next time you have a free moment I would recommend taking a look at the IRL section of Twitch. You may learn less about the games you play, but it’s not so bad to learn more about the people playing them.