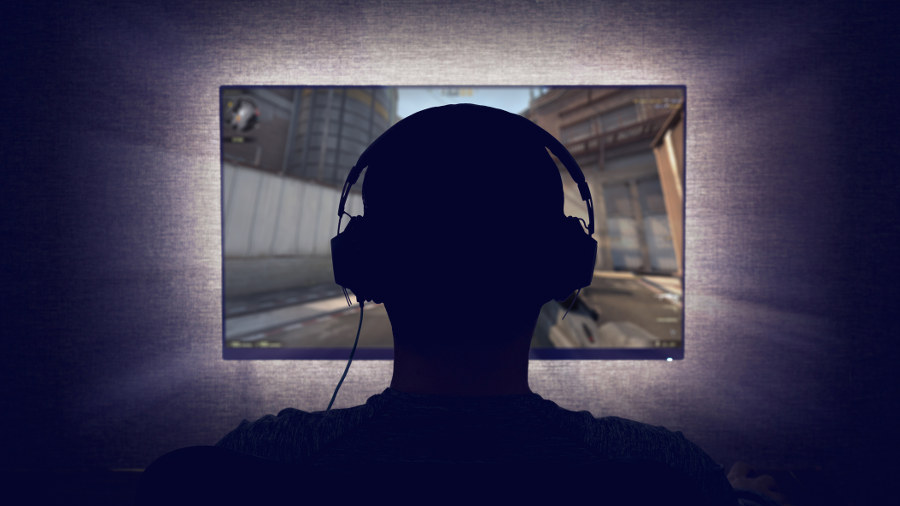 As someone who spent their adolescence playing video games, it makes me happy to see the youth of today doing the same. Some of my earliest memories were of staying up late under the covers playing Pokémon Crystal or using the family computer to play AdventureQuest. I still play games today and I wouldn’t be surprised if I never stop, but what does surprise me are the demographics of the average gamer.

The gaming industry is expected to become a $180.1 billion industry by 2021, so many marketers are clamoring to find the average gamer so that they can be targeted better. Almost one third of the world plays video games, and over 75% of Americans have at least one gamer in their household. These statistics may lead you to thinking that the average gamer is a 14 year old playing Fortnite afterschool, or a couple of college roommates enjoying some beers as they play Mario Kart (don’t drink and drive kids!), but you would be wrong. The average age of gamer is actually 33 years old, and has been playing games for 14 years on average. 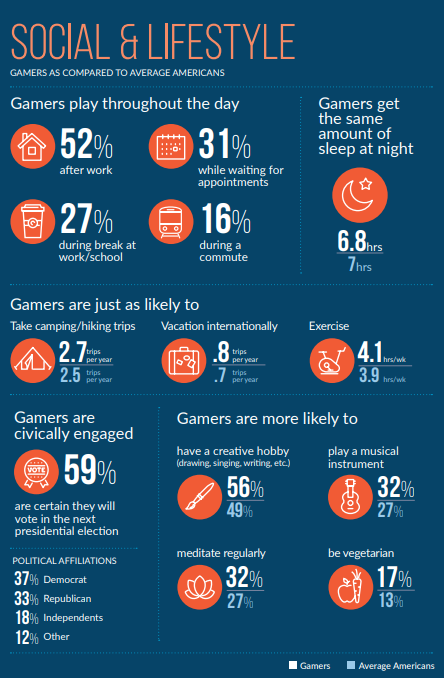 While male gamers are more common, women make up 46% of adult gamers. Adult American gamers mainly play with others, and spend about 5 hours a week playing online with others, and 3½ hours playing in person with others. The majority play after work, or when waiting for an appointment, so it makes sense that the most common gaming device for these adult gamers are smartphones. A lot of them could be considered casual gamers as it is the most popular game genre for adult gamers, though action and shooters are also popular.

Now while the average age of gamers may be surprising, what may be even more surprising is the rapid increase of older Americans beginning to play video games. While they do not make up a large portion of gamers, the amount of Americans 50 and over who play video games has gone from 40 million in 2016 to 51 million as of 2019. The primary draw? Card, puzzle, and virtual board games such as Solitaire, Mahjong, and Monopoly. Some of these older gamers have also made a name for themselves playing fast-paced shooters such as GrndPaGaming (https://www.twitch.tv/grndpagaming) a 66 year old man who served in the Navy for 20 years. While he isn’t your average gamer, he has managed to amass apx. 70k subscribers on Youtube, and  has nearly 200k Twitch Subs!

Found this interesting and want to learn more? Take a look at what the ESA (Entertainment Software Association) has to say about it in their 2019 Essential Facts .