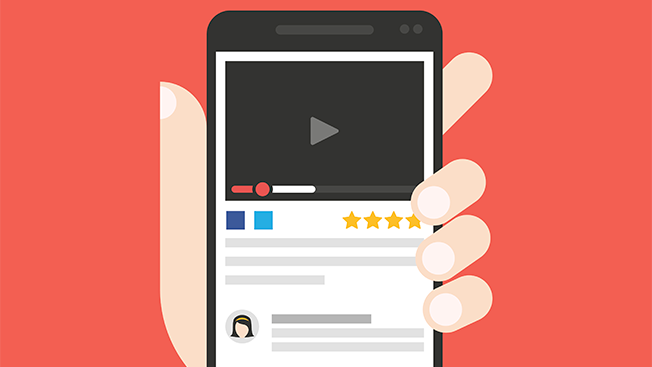 Pre-roll ads are promotional video messages that play before the content the user has selected. They usually run between 30-90 seconds after the channel introduction.

A common misconception with influencer marketing is that a 5-10 minute full length, sponsored ad will perform better than a 30-90 second pre-roll integration in terms of click and view conversions. While in rare cases this may be true, studies show that a pre-roll video will not only drive more traffic to your video game, but will protect the Youtube channel’s authenticity, prevent ad oversaturation, and is the most cost-effective way to hire as many influencers for your marketing campaign. Here are 5 reasons why pre-rolls are a much better route to take for your upcoming game:

1. Pre-roll Ads are Much Cheaper

Based on our experience as an influencer marketing platform, we find that most influencers pricing for pre-rolls is significantly less than a full-dedicated video. Editing a 30-90 second clip vs. a full-length video is vastly different, so content creators tend to charge 3-4x as much for a full-dedicated video. Because of the huge gap in pricing, pre-rolls allow larger influencers to join smaller-sized campaigns.

2. Pre-roll Ads Can Encourage Alternative Channels to Join the Campaign

Relevancy is a common factor when it comes to sourcing the best fit influencers. Although it seems like the best way to find the ideal content creator, there are flaws that come with influencers who match your exact criteria:

1. If the influencer already plays your game then they are creating videos and marketing for free.

2. If an influencer plays a competitor’s title, their community already has a strong preference for what type of game they choose to play and follow. Placing a full-dedicated video on a similar game might garner a bad reaction from the subscribers; a pre-roll is much less volatile and leaves a smaller risk for the content creator to place on their channel.

3. A full-dedicated sponsored video of your game on a channel that produces videos for your competitor will yield the lowest results and highest conversion ratios.

4. Pre-rolls allow you to tap into new communities and acquire a new user base.
- Ex: Elsword Season 2 is a 2.5D side scrolling anime-inspired MMORPG, and has been around for more than a decade. By tapping into the anime community and art/illustration community on Youtube, they found new users registering to play.

3. Pre-roll Ads are Tolerated, and a lot Less Annoying for Viewers.

A 2017 study by IPG Media Lab and YuMe finds that pre roll adverts ads are 3.5X less likely to be considered “interruptive” than outstream and mid-roll ad formats, on both desktop and mobile. Users also consider pre-rolls to be more informative and engaging than other advertising types. Subscribers understand that content creators need sponsorships in order to keep their channel running, so a short ad before the main content is not bothersome to them. An influencer is able to explain the gist of the game, offer their personal experience, and add a call-to-action in a pre-roll.

It’s important to note that streamers and content creators are also human. They are given a deadline for ad completion, and depending on the importance and timeframe of their sponsorships, prioritize some projects over others. A common misconception is that the content creator will begin working on your sponsored ad right after accepting to join a campaign. Although this may be true in some cases (thank you organized and efficient influencers), a majority of influencers do not begin working until they absolutely need to start.

Other than your collaboration with them, they are still working on creating videos for their main content and juggling other sponsorships. Just like a homework assignment, they will work with passion and diligence… more closer to the submission deadline given to them.

It can take weeks, even months to become familiar with a game. With the average duration of our campaigns being 4-6 weeks for completion, we find that influencers who accept pre-roll partnerships are more likely to submit their videos on schedule. Full-dedicated videos are rarely edited and can sometimes contain parts that drag on. The influencer might be so into the game that they forget to speak to the camera, leaving the audience confused and lost. Pre-rolls are much easier to create an exciting script that includes all major talking points, and can be executed at a much quicker rate.

Overall, it’s essential to diversify your influencer portfolio by including a mix strategy of various advertising types from top tier influencers and micro influencers. Pre-rolls allow you to include big name content creators that can increase brand awareness in less than 2 minutes. Spend more of the budget on micro influencers who are more familiar with your game title and can create a useful full-dedicated video based on personal experience.